← more from
Loma Vista Recordings
Get fresh music recommendations delivered to your inbox every Friday.
We've updated our Terms of Use. You can review the changes here. 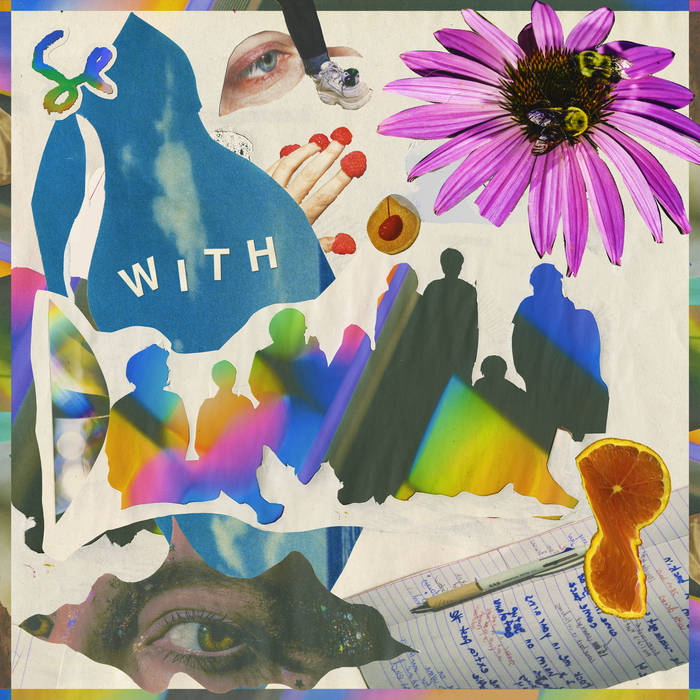 Thomas Gierach Definitely what I needed from Sylvan Esso. You never can tell how complex their work is until you hear it live like this. Favorite track: Rewind.

Edward Herbers Sylvan Esso at their best. As a duo, they're excellent, but the full band backing them on this record brings new life to these familiar tunes and reimagines them as even more robust and beautiful works of art. Favorite track: Slack Jaw.

Alain Sanguinetti it's just so good :)

Robert Day For people like me who came late to Sylvan Esso and don't know which album to buy first, this is a great choice. All the great tunes in one place with the added frisson of the wonderful live performance. Amelia's voice is heart-breaking at times. Favorite track: Die Young.

This tour existed only to exist, not to promote a new album or celebrate a milestone. No, Sylvan Esso simply wanted to do something fun. For themselves, for their fans, and for us, their friends, who got easily roped into being in the ten piece band. We were all sent the song list in advance, with just a few written ideas of what some of us could do on each song, but largely it all remained open for interpretation and when we convened in the house to rehearse in Durham for the first time. On the first day we played the song “Wolf,” checking the pulse of the band, how would we sound together, how would we arrange together, and how much homework did everyone actually do? The first take of that song put everyone immediately at ease and also turned up the temperature. Because it went really well. We knew how good this could sound, how different it could be from the original recordings and how special that would feel for the crowd, and for us. “Wolf” ended up being the first song in the set. “Wolf” became the anchor, before the rocket ship would take off each night. Yes I know I made a boat analogy early. And now I’ve shifted to space. That’s an accurate representation of how this show ended up.

The first four days we would just keep chipping away at songs, written on a large piece of butcher paper on the wall in fat marker, and we’d cross them off one by one as we hit them. The first day was a dream because we learned five songs and they all sounded great. The second day was impossible, because we had to learn five more songs, and then suddenly the songs from the first day weren’t so perfect anymore. That’s the big problem with getting better. Your ceiling goes up, the standards rise, and the goods can always keep improving, which means, in more pessimistic terms, it can always also keep sounding worse. There were twenty songs to learn, so there was a lot of bucking and bobbing back and forth between feeling over-confident and supremely challenged. Sometimes that had to do with how hungry we were.

After the family style rehearsals concluded, we headed to Los Angeles for tech rehearsal. To get there involved thirteen of us, band and crew, flying on an airplane. Thirteen people each checking three bags. Thirteen people moving through the airport together is insane. It’s like a school trip. Sometimes, you know, you’re flying alone you’re at a gate and realize there’s a school trip there too, and you think “oh fuck, a school trip!” This was like that, except the kids on the trip don’t think “oh fuck”, they think “fuck yeah, a school trip, fuck yeah a Hudson News it’s peanut m&m time” and so on, and that’s exactly how it was for us. The airport is almost great with that many friends. Almost.

After the tour was done Nick and Amelia remarked on how ridiculous it was that we didn’t do any warm-up shows, how insane it was that we jumped into the fire at the Walt Disney Concert Hall, a Frank Gehry designed space for the LA Philharmonic where a portion of the audience sits behind you. But we did it. For over two thousand people on night one, we did it, and we did it surprisingly well. We had our expectations set to cautious, because sometimes the first show can be a true disaster, it almost is supposed to be, but everyone cared so much and worked so hard and the stakes felt so high that somehow a meltdown just didn’t happen. Somehow there were zero disasters. Some nights the band felt more on than others, but we knew that the caliber of the show was always at a high enough level to be proud of, and so we’d go to sleep with the songs looping in our heads, and try it again the next day.

The spaces were wild. I’d never been a part of a show in such beautiful rooms, for such large and welcoming audiences. The Beacon Theater was a dream, the Ryman Auditorium even more so. We could really feel the shape of that room when we played there, and afterwards we rolled out the back door into Robert's Western World to watch the best living country musicians do it right and proper and we would while we were awake enough to dance. That was the very best night of tour, from start to finish, without a doubt.

The last two shows were homecoming shows in Durham, at the very large and official-feeling DPAC, which is short for ‘Don’t Play A Crappynotethisisbeingfilmedforofficialrelease’. This was a proper performing arts center, a little different feeling from the classic theaters, and these were the shows that were filmed for what you’re seeing here and now. I’m excited to watch it just so I can see the light show from the front. We were so sad when it ended but there wasn’t a formal goodbye. Folks trickled off to go home, and a bunch of us watched a movie the next day. It’s implied that we will be together again, we’re just not sure how or when. Those of us who don’t live in North Carolina feel ourselves threatening ourselves to move there, but I don’t see it happening for me. I like being called to serve and being swept into the vortex, then returning home to wait for the next vortex to assemble. See how I've moved from space to vortexes? It’s like I don’t know how to describe my feelings properly anymore. Or maybe it’s just time for this to end, for now.

Bandcamp Daily  your guide to the world of Bandcamp